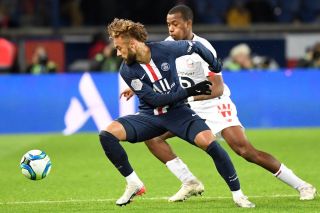 Magalhaes, 22 has been linked with Carlo Ancelotti’s Everton for quite sometime with the Blue’s manager hinting at the possible transfer as per Sky Sports News earlier this month.

The Brazilian defender has caught the eye of several top European clubs in recent times after enduring an impressive campaign with Ligue 1 side Lille which saw him make 34 appearances before the French league was declared over due to the ongoing COVID-19 pandemic.

The latest development in the pursuit for Magalhaes’ signature, The Mirror claim that United manager Ole Gunnar Solskjaer is monitoring the 22-year-old’s situation as he looks to add quality to his defensive options.

It is believed that alongside Everton, Arsenal and now United are Napoli and fellow French giants Paris Saint Germain also fighting to sign Magalhaes for what is rumoured to be a ‘bargain price’.

However, Napoli are reportedly only seriously interested should their star defender Kalidou Koulibaly depart in the same window.

With reports that current on-loan United centre-back Chris Smalling could join Italian side Roma on a permanent deal also as per The Mirror, United could well use the acquired funds to lure Magalhaes to Old Trafford.