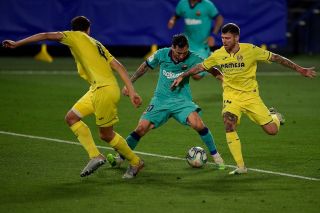 Torres, 23, has impressed after his Villarreal debut last November and has put together a string of solid performances which have helped his boyhood club rise to fifth in La Liga table.

The Spanish defender has three goal contributions to his name this campaign in La Liga and has helped his side secure an impressive 11 clean sheets in a total of 33 domestic starts.

According to The Times, Torres has caught the eye of the United hierarchy after it has been revealed that the youngster has a release clause of just £45.5m.

Villarreal are believed to be reluctant to see their star-man depart the Estadio de la Cerámica and will not accept a fee for less than Torres’ release clause fee.

It is understood that Solskjaer is also keeping tabs on Aston Villa’s Tyrone Mings, Bournemouth’s Nathan Ake and Napoli’s Kalidou Koulibaly as well as 23 year old Torres in an effort to rebuild and strengthen the Red’s back-line.