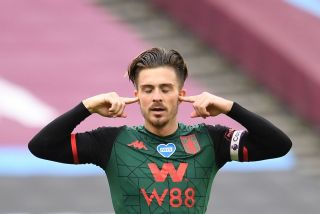 “So, who are Manchester United signing this summer?,” is what I was greeted with this morning after taking a call from a relative. We all want to know and, in these early stages, it really is anyone’s guess.

So many factors can break a deal so you are never fully confident until the player in question is pictured holding the new shirt or in front of a printed document with dotted lines.

Our job at Stretty News this summer is to follow United’s transfer window closely and seek the truth. We will bring you reports from all over the world and squash them when we see fit.

The Premier League season has now come to an end and we know United will be in the Champions League next season.

There’s no off period for manager Ole Gunnar Solskjaer because the journey goes on. He will hope to use this break to strengthen his squad before hopefully marching on to better things next term.

Today I’ll take a look at the names being linked to United and those who could be going in search of a new home as Solskjaer attempts to clear some of the deadwood still existing in the squad.

United’s top target this summer looks destined to switch life at Borussia Dortmund for Old Trafford. He is now said to be pushing fro an exit from the Bundesliga club and the opportunity to be a star at United must appeal to him.

The Frenchman may be a fall back option if United fail to land Sancho, which I don’t see happening, and Stretty News believes the Bayern Munich midfield is being used as a negotiation tool.

I wouldn’t be prioritising an attacking midfielder this summer, but if we go out to sign one it should be someone else… Premier League proven.

Unlikely on the basis I think Manchester United will get Sancho, not because it’s media crap. Stretty News understands Dembele came up in conversations at United not long ago but there’s nothing serious to report now.

I think Grealish would make a better fit at United than Van de Beek. It’s not needed as much as additions in other areas of the team, but Solskjaer may see him as a player he simply doesn’t want to lose out on. It would have been easier to land him if Aston Villa didn’t avoid relegation.

Stretty News understands Jones recently had to undergo surgery on a knee injury, hence why he hasn’t featured during Project Restart. His contract runs with 2023 and we’ll probably be stuck with him again next term. I mean, who is going to buy him?

I hope this is his last season at the club because he’s not good enough.

Unless Grealish or Van de Beek come in, I think Lingard will stay around as a squad player. We lack depth and I’d get rid of one or two players before Jlingz.

Take your coat on the way out.

The Argentine broke lockdown rules more times than he made appearances for United this season. Struggles to defend, stay out of the referee’s book and avoiding burnt toast.