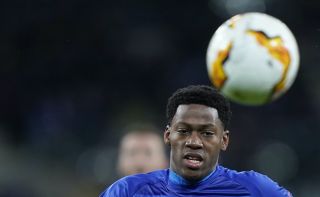 According to HLN, AA Gent President Ivan De With has admitted that newly promoted Leeds United are interested in Jonathan David.

Ligue 1 side Lille reportedly had a £23m bid (including bonuses) rejected because Gent want at least €30m.

The Canada International scored 23 goals across all competitions this season, and not longer ago he was linked with a move to Manchester United, as per the Daily Mail. Before the 2019/20 Jupiler Pro League campaign, however, few around Euope had ever heard of David.

Leeds could do with a quality goalscorer as they look to establish themselves as a top-flight side. They won’t want to be going up and down the football leagues, like others tend to do.

David would be a quality addition for our rivals and talk about a move to United has certainly quietened down in recent months.

For Canada, he’s been a revelation in an area of the game they have notoriously struggled to have success — finding the back of the net.

As a result of recent success, I’m not surprised David is seen as one of the most coveted young players across the content with transfer rumours gaining ground daily.

In a recent sit-down with Sky Sports, David expressed his desire to move on from Gent as he believes it is the right stage in his development to make the jump to the next level.

"It is time for the next step. For me to move somewhere I can keep getting better"

He only joined a professional club two and a half years ago, but Gent striker Jonathan David has catapulted himself into one of Europe's most sought-after players.

David could end up in the Bundesliga too.