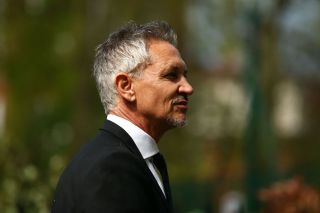 Gary Lineker is nervous ahead of this afternoon’s crunch clash between Leicester City and Manchester United.

The winner takes a place in the top four and next season’s Champions League, while a draw would be enough for United but not the Foxes.

It’s the biggest game in this weekend’s Premier League finale and we’re expecting it to be a cagey affair.

One man who will be watching the game hoping Leicester win is Foxes legend and Match of the Day presenter, Gary Lineker, and it’s clear that he is feeling nervous ahead of kick-off.

The former England international referenced his own embarrassing episode at Euro 1990, in a match against the Republic of Ireland, while admitting that it was squeaky bum time for Brendan Rodgers’ men.

He tweeted: “Last day of the Premier League season. Bum’s not felt this squeaky for 30 years. #COYF”

Last day of the Premier League season. Bum’s not felt this squeaky for 30 years. #COYF

There is definitely more pressure on United to win today. We are expected to be in the Champions League every season, but Leicester were so clear ahead and have third place wrapped up by this stage of the season.

Rodgers has a number of injuries to deal with and United should be able to take advantage of that later.

No excuse for failure.