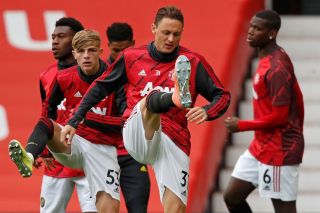 The Reds know a win will secure third spot in the Premier League and book their place in the Champions League for next season. Solskjaer’s men could also win the Europa League with one foot already in the quarter-finals.

There are no real surprises in the starting eleven and with Leicester City’s absentees, including James Maddison, we can have no excuses at full-time. This is a great opportunity to finish the season on a high.

David de Gea keeps his place between the sticks behind a back four of Aaron Wan-Bissaka, Victor Lindelof, Harry Maguire and Brandon Williams. All five of their players need to raise their level of performance from recent weeks.

In midfield Solskjaer has gone with his best players available. Nemanja Matic starts to protect the back four while Paul Pogba and Bruno Fernandes will be asked to unlock Leicester’s defence for Mason Greenwood, Anthony Martial and Marcus Rashford to exploit.