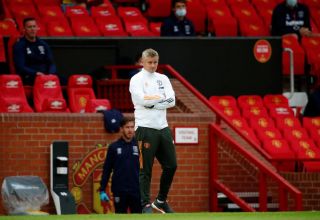 Legendary Celtic and Scotland manager, Jock Stein, nailed it when it said football without fans is nothing.

Since football has returned in a behind-closed-doors environment, Stein’s thoughts have been echoed by many current managers and players, including Manchester United manager Ole Gunnar Solskjaer.

The quote exists long before the Premier League was formed in 1992 and fans like to remind their owners and football’s governing bodies about their importance to the sport when they feel they are being taken for granted. The relationship between football and its supporters has been tarnished for years.

Unfortunately, there is no valid argument to allow stadiums to fill for the remaining games this season because there’s a global pandemic and we need a collective effort to help stop the spread of COVID-19.

Solskjaer held a press conference this morning and was asked how is the lack of fans at games affecting United, a question to which he responded (via Manchester Evening News): “I think the players have got used to this is the situation now and we’ve gotta get on with it, fans would have made a difference home and away, football without fans is… how do you say? It’s not the same. It’s just part of football, we should be with fans, passion enthusiasm, maybe we needed to go an extra mile against West Ham, against Southampton, or go for more goals [against] Sheffield United, Bournemouth.

“I think it would’ve made the difference, our fans are the best and Old Trafford… no better place to be chasing goals but we’ll get there again and prove in the next 90 mins they’ve got something to look forward to. I think we’ve done that.”

This is a man rounding his troops for battle. There’s a lot on the line this coming Sunday as Leicester want to be back in the Champions League too.