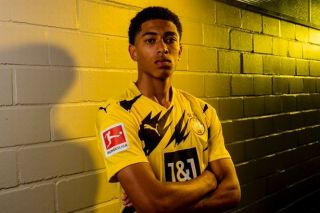 Manchester United narrowly missed out on securing English teenage sensation Jude Bellingham this week after his long-awaited move to German side Borussia Dortmund was confirmed. Bellingham has since spoken out and revealed the reasons behind why he rejected a move to United in what he describes as an ‘annoying saga’.

Bellingham’s move from Championship side Birmingham City to German outfit Dortmund earlier this week saw him become the world’s most expensive 17 year old according to Sky Sports.

The young Englishman was tipped to join United after the club courted the midfielder for the best part of two years in a saga which even saw legendary ex-boss Sir Alex Ferguson show him around the club’s training ground, Carrington, as per The Metro.

Despite United’s best efforts to build a strong relationship with Bellingham and his family, this week saw the youngster finally ended up opting to ply his trade in Germany’s top-flight despite major interest in this country.

According to the Birmingham Mail, Bellingham has now addressed the reasoning behind his decision to join Dortmund, he said: “I chose Dortmund because it is the perfect step for my development. I am just glad that saga is over. It was a lot of annoyance to me and there was a lot of noise at the time when all I wanted to do was play for Birmingham.

“Now I haven’t got the chance to do that any more, but I would like to think I made the most of it.

“The record Dortmund have got with young players in recent years is unrivalled in European football.

“Weighing all that up and the people we met there, the stadium and fanbase, it made me fall in love with that club as well. I’ve met Sancho and we have spoken. He is a great example of what you can achieve if you do the right things.”

Read more: Solskjaer highlights star who has made a massive difference to United’s team mentality