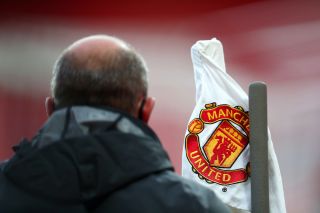 Another disappointing performance from Manchester United last night in a clash with West Ham which ended in a 1-1 draw.

I’m sure that result excited Chelsea fans ahead of kick-off in their 8pm game away to Liverpool. But they lost so United have third in the bag should they beat Leicester City in the Premier League season finale on Sunday.

It’s amazing that after drawing with West Ham, a point that ensured the Hammers Premier League safety, third place is still in our hands.

Over recent weeks it’s become really clear how difficult it is for fringe players to come into the team when they’re not getting a run of games. The likes of Scott McTominay and Fred have been very good when acting as mainstays in the team this season, but not since Nemanja Matic and Bruno Fernandes started linking up — and joined by Paul Pogba.

They have appeared in games and underperformed so I don’t side with those saying Matic should be dropped against The Foxes. Yes, he’s on the wrong side of his 30s and looks wrecked, but we’ve one game left to play… hopefully there’s a bit of fuel left in his tank to graft us back into the Champions League.

It definitely takes from winning the league that Liverpool had to lift the trophy in an empty stadium. I didn’t see it live, but it sounds reminiscent to people having drinks with their mates over Zoom. Fittingly Corona-esque?

Liverpool fans were warned ahead of last night’s game that they were not permitted to gather outside Anfield to celebrate their Premier League triumph. There was pleas from the club and police for fans to stay at home.

Police had to introduce a 48-hour dispersal zone around the stadium in anticipation of crowds as Liverpool were getting to lift the trophy once they played Chelsea. They won 5-3 in their final home game of the season.

BREAKING | A Dispersal Zone is now in place outside #Anfield Stadium following increased numbers of people gathering near to the ground tonight. Please don't put yourselves and others at risk, the best view of the trophy presentation will be on the TV. pic.twitter.com/oj8SyF72Yk

It shouldn’t surprise you to hear Liverpool fans ignored the advice of club officials and the police as they arrived in droves to see off fireworks.

As reported by RTE, thousands of Liverpool fans celebrated outside Anfield last night, in the middle of a global pandemic.

Superintendent Dave Charnock has said (via Merseyside Police): “We’re aware of the significant impact that anti-social behaviour can have on individuals and communities, and we will be targeting people we suspect of being involved in this type of behaviour in the area.

“To the vast majority of law-abiding members of the community and Liverpool fans, I just want to remind them that this order is not about bothering people going about their legitimate daily business.

“We would like to thank the vast majority of you who are adhering to the restrictions currently in place to protect the wider community as well as those who are continuing to keep an eye out for suspicious behaviour and reporting it to us.

“It has never been more important than now to ensure that we all follow government advice to ensure the safety of those living in Merseyside.”

To sum it up, this is unsurprising.

Leeds have defended their decision to parade their players in an open-top bus at Elland Road after their Sky Bet Championship title trophy presentation.

Last night their home win over Charlton sparked more celebrations outside the stadium.