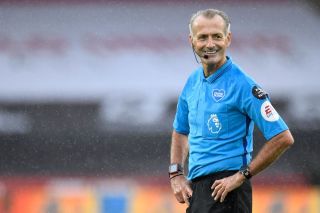 Manchester United take on Leicester City in their Premier League season finale on Sunday. A list of officials has been confirmed to referee the game and control VAR.

Although we could still secure Champions League football with a draw, Ole Gunnar Solskjaer wants his side to respond to two disappointing back-to-back performances with a convincing win over Brendan Rodgers’ side would be the icing on the cake.

Leicester City have not been at their best since football resumed and their grip on a top four finish is quickly loosening. They could end their season on a high with a win over United, and I’m not at my most confident about our chances going into the game partly because of how we’ve been performing and lack squad depth.

It’s the final week of the Premier League season, so for most teams they will be on their break until it’s time to return for pre-season. United are still in the Europa League which they could fall back on for Champions League qualifications if Sunday’s job backfires.

But it really shouldn’t and I don’t want to be hearing excuses come Sunday. Not about our performances or the officiating which was woeful in our FA Cup semi-final defeat against Chelsea.

Martin Atkinson will be referee for United’s trip to Leicester City, while Paul Tierney will be in charge of VAR.