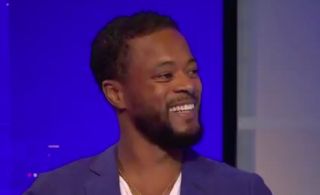 Once a red, always a red…

Patrice Evra has caused a huge stir on social media with his comments about Liverpool’s Premier League trophy lift.

Liverpool’s 30-year wait to lift the title will end this evening after their game against Chelsea at Anfield in a fixture that holds importance in Manchester United’s battle to finish in the top four.

United great Evra has riled some Liverpool supporters by admitting he is ‘glad’ that Jurgen Klopp’s side won’t be able to celebrate with their supporters.

Listen to Evra’s reaction to the imminent trophy lift, courtesy of Sky Sports:

🗣 "After 30 years it was time for them, I'm glad they won't be able to celebrate with the fans" @Evra once a United player always a United player 🤣 pic.twitter.com/HKzIdSR98l