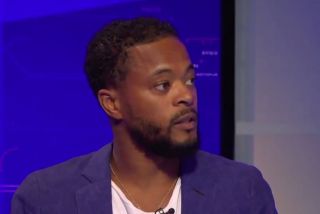 De Gea has been maligned in the last few days, with his position as United’s number one again questioned after his reprehensible error in Sunday’s FA Cup defeat to Chelsea.

Ole Gunnar Solskjaer has backed the Spaniard by keeping him in the starting XI this evening, despite some suggestions he should be replaced by Sergio Romero in what is a must-win game against West Ham.

And United great Evra has backed Solskjaer’s decision to keep his faith in De Gea regardless of the pressure surrounding him and disagrees with Roy Keane’ stance on the ‘keeper.

Ruthless Keane described De Gea as overrated in the aftermath of his mistake against Tottenham in the first game back after the restart but it’s a view Evra believes is unfair.

Listen to Evra’s thoughts on De Gea below, courtesy of Sky Sports:

🗣 "Roy Keane said he is overrated, but I don't agree with that" @Evra backs up Ole's decision to keep De Gea in the squad pic.twitter.com/ybRZs3SR7l