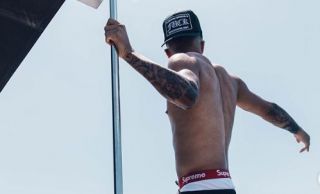 The former Man City youth player is one of the best young attackers in world football as things stand and that is what makes him an ideal candidate to fill United’s void on the right flank, although Mason Greenwood has been showing sublime promise since edging Daniel James out of the team.

Few United fans will be against United splashing the cash on Sancho, though I would argue our defence still requires significant investment to build on what Ole Gunnar Solskjaer started when Aaron Wan-Bissaka and Harry Maguire joined the club last summer.

Side note: I spoke about Maguire on Stretford Paddock yesterday — the video can be viewed below:

Sancho, however, has been long linked with a move to Manchester United but in a transfer market caught in the middle of a pandemic there is some uncertainty over the deal because of 1) Dortmund’s asking price and 2) how much money United want to spend on a winger when other areas of the team need just as much investment.

A number of outlets still publish positive updates on the prospect of Sancho joining United. Only recently, The Transfer Window Podcast stated that the Bundesliga star had agreed personal terms on a move to Old Trafford. Neil Custis from The Sun also believes something is close to happening.

The hype surrounding Sancho would suggest the English international is on the verge of joining football’s modern elite. United should always be on the lookout for the next big thing, especially when it comes to home-grown talent.

But social media does funny thing to people.

I understand those of us excited about the prospect of landing Sancho are searching social media for news updates, but looking into his choice of clobber for hints when it’s not football related seems crazy.

See below as one fan posted the picture on Twitter, focusing on the colour scheme of Sancho’s shorts and boxers! (H/t Caught Offside)

White Supreme boxers with a red band and black swimming shorts. It’s the same colour scheme as most MUFC flags but I think this is a prime example of clutching for straws. There’s a sarcastic vibe about the tweet too.

This is going to be a long transfer window.

Read more: Which defenders are realistic prospects for Manchester United in this market?