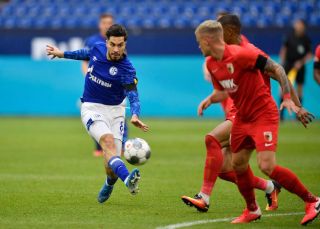 Ole opted to drop Paul Pogba and Mason Greenwood, two of United’s most influential players since the restart, for Fred and Daniel James. Although many were disappointed with the decision it was almost the only match in which Solskjaer could risk resting players as a top-four finish is the priority. Against Crystal Palace and Southampton it was beginning to look evident that the culmination of fixtures was starting to take its toll on the established starting 11.

With the loss to Chelsea one of the main lessons learned was United’s strength in depth is just not good enough. Although United might have a starting 11 that can challenge some of the best teams in the world, the options off the bench are very weak.

This transfer window could be another one in which United look to cull more of the squad. If United are to sign Jadon Sancho, as is the big transfer rumour it could leave very little money for other acquisitions. Here are three players that United could look to so as to improve their bench (without breaking the budget) and provide a proper challenge for the regular starters:

At the beginning of the season many were looking forward to seeing Axel finally get his chance at United, after successful loan spells with Aston Villa. A player many at the club have high hopes for – his season has been devastated with injuries. Still only 22, Many United fans see Axel as the perfect partner for Harry Maguire, and believed he would take that position this season – here is hoping next season he can prove himself as a United centre-back!

Not a surprising name in an article regarding potential additions to United’s squad but one that makes a lot of sense. It is no doubt that Manchester United as well as many other top clubs are keeping tabs on Grealish. The creative midfielder has been one of the few shining lights in Aston Villa’s season, proving he is up to the challenge of becoming a premier league regular. When Bruno Fernandes gets replaced United’s ability to create chances seems to diminish massively, with the signing of Grealish there would be much needed firepower and flair available off the bench.

A more unfamiliar suggestion – Serdar is a German central midfielder currently playing in the Bundesliga. With 7 goals in 20 league appearances this season and playing as somewhat of a number 8, he can also seem to play anywhere in a midfield three. At 23 years of age there is plenty of room for improvement but, standing at 6’0 tall, his stature would make him a welcome introduction into the squad.With the likes of Pereira, Mata and Lingard currently warming the bench at Old Trafford many United fans feel they have ran their course at the club and should be duly replaced.

Read more: Which defenders are realistic prospects for Manchester United in this market?