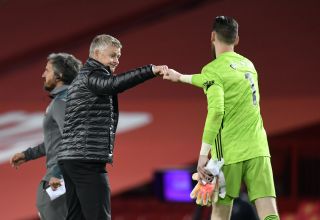 Manchester United are set to face-off against West Ham United this evening in what is the Red’s penultimate game of a long season. United find themselves going into tonight’s game needing a win in order to put their pursuit for the top-four back into their own hands.

Despite number one De Gea’s poor performance against Chelsea in Sunday’s FA Cup semi-final, Solskjaer has decided to stick with the Spanish international amid speculation he could lose his starting place.

🗣 “Form is temporary, class is permanent. He’s a top keeper”

I was of the opinion beforehand that Sergio Romero might start but the boss has stuck with his No.1. Hopefully the Spaniard can show why Solskjaer thinks it’s the right decision.