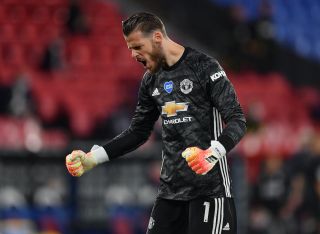 Ole Gunnar Solskjaer knows what disappointment feels like. He witnessed it just three days ago as Manchester United crashed out of the FA Cup following a 3-1 semi-final defeat at the hands of Chelsea.

If United beat West Ham in the 6pm kick-off they will go three points clear of Leicester City, who they face on Sunday in Premier League season finale. That means Champions League football next season.

The players need to ensure Solskjaer isn’t met with such disappointment again by throwing away our chance at getting into the top four.

That’s a strong side for tonight’s game and it shows Ole Gunnar Solskjaer is unwilling to take too many chances — with the exception of Fosu-Mensah and Williams at full-back.

The biggest news surrounds De Gea and how Solskjaer has decided to stand by his manager. We can only hope he puts in a good shift tonight and makes zero mistakes.

Our class should shine through tonight, even if West Ham feel their mathematically unsafe.