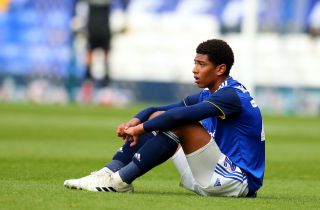 Today saw Manchester United target Jude Bellingham become the world’s most expensive 17-year-old after his long awaited transfer to German side Borussia Dortmund from Birmingham City was finally confirmed, as per BBC Sport.

Jude Bellingham has endured an impressive break-through season this campaign after featuring in a total of 40 games for Championship side Birmingham, scoring four goals and assisting a further two along the way.

United’s were not shy in declaring their interest for the young Englishman and continued their courtship in a move which saw legend Sir Alex Ferguson show the youngster around Carrington, the club’s training ground.

Despite United’s best efforts to build a strong relationship with Bellingham and his family their attempts to secure the teenage midfielder proved fruitless after Dortmund who are known for their development of youth sealed the deal ahead of the Reds.

Sky Sports journalist James Cooper believes a key reason behind Bellingham opting for Dortmund over United could have been down to expected playing time.

With French midfielder Paul Pogba looking increasingly more likely to extend his contract with the club and Serbian midfielder Nemanja Matic recently extending his deal until 2023 (via ManUtd.com) playing time may not have come as freely as it will at Dortmund.

In addition to the projected playing time both clubs could have offered, Cooper believes that the blueprint set by the Yellow and Blacks when it comes to developing youth may have had significant pulling power on the Bellingham camp.

Arguably Europe’s most hottest prospect Jadon Sancho has been a beneficiary of Dortmund’s willingness to develop their young stars. Sancho, 20, has made 74 starts for Dortmund and scored a highly impressive 34 goals during his time in Germany.

Cooper did note however that he expects to see the sale of Bellingham contribute to the eventual sale of Sancho, whether that potential transfer sees United enter the fray once again remains to be seen.