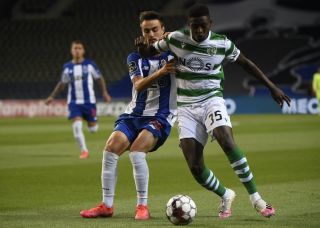 According to Italian news outlet Calciomercato, Manchester United are believed to be tracking Sporting Lisbon full-back and highly rated 18 year old Nuno Mendes. It is believed the youngster has a £40m release clause fee which has attracted interest from a host of top European clubs ahead of the summer transfer window.

Manchester United are believed to be in the market this summer for a left-back to add depth to a position which currently sees the injured Luke Shaw as first choice and inexperienced youngster Brandon Williams as back-up.

Mendes joined the Sporting Lisbon academy ranks for just £680 in 2015, according to The Express. The Portuguese side now look set to make a monumental return on investment from their youth product with the likes of Liverpool, Manchester United and Italian giants Juventus all closely tracking the young star.

Despite footballing mega star Cristiano Ronaldo reportedly having a close friendship with Mendes, United could well be favourites to secure the youngster’s signature.

According to ESPN, ex-United legend Nani is believed to have given his former club a glowing reference as well as current star Bruno Fernandes sharing the same agent as Mendes.

The past and current connections between Mendes and United could prove decisive in what is set to be a summer transfer battle between some of football’s biggest clubs.