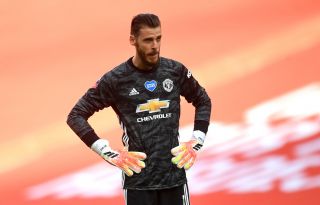 Ex-United keeper Mark Bosnich has spoken out about some major technical flaws which he believes his former side’s number one keeper David de Gea has within his game. Bosnich’s comments come in light of United’s abysmal FA Cup semi-final performance which saw them eventually defeated 3-1 by Frank Lampard’s Chelsea.

Sadly the hiding places for De Gea are becoming harder and harder to find as the once world number one looks a shadow of his former self.

Speaking to Sky Sports, Bosnich said: “I spoke some weeks ago after that error against Tottenham and I spoke about it from a technical point of view how he seems to be pushing all his balance going forward with his feet.

“Especially for the second goal, you pretty much saw that again – that’s why he dived backwards.

“Either he is moving just before they shoot, or more likely that his balance is a little bit too lopsided.

“Once you start diving backwards as a goalkeeper, you are in big trouble.”

The Australian ex-keeper went onto praise De Gea for his time spent at United but admitted that current manager Ole Gunnar Solskjaer has a serious goalkeeping decision to make in light of De Gea’s patchy form, he said: “He’s been fantastic for Manchester United over a long period, there’s no doubt about that.

“But in these last eight to 12 months there have been a consistency of errors from him that we have not seen before.

“Ole’s got to seriously weigh up does he bring in Romero for these final two games. That’s a huge decision he’s got to make.”

Solskjaer will be hopeful his number one can gather himself ahead of his side’s two remaining vital league clashes.

United are set to play West Ham on Wednesday and fellow top-four contenders Leicester City on the league’s last day on Sunday. Solskjaer and his squad will now be looking for one final push to secure Champions League football next season.