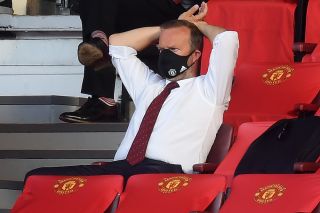 Manchester United are set to lose out on millions after it has been revealed that star man Bruno Fernandes’ contract contains at least two clauses which, should they be triggered, will see United lose up to £9m.

According to Portuguese outlet A Bola, Fernandes’ contract which was successfully agreed in January 2020 has two key clauses factored in which could see United pay Sporting Lisbon millions even before the summer window is opened.

The first key clause which looks set to be triggered is a £4.5m 20 game appearance clause. Fernandes who is currently on 18 appearances looks certain to breach the 20 game mark before the end of this season’s campaign.

The second clause which is also worth a reported £4.5m will need to be paid to Fernandes’ former club should the Reds be successful in their pursuit of Champions League qualification.

It is unlikely that the United financial hierarchy are going to feel negatively towards the impending triggering of the above clauses as it only goes to prove how much of a successful signing Fernandes has been.

However, it is worth remembering that football in general with United being no exception have endured an unprecedented season which has undoubtedly had financial ramifications.

Being forced to spend £9m ahead of the summer transfer window is likely to impact not just any future incomings but could very well see the departure of fringe players in order to balance the books.

We very much reflect on the Fernandes deal as money well spent!

Read more: Section of United fans calling for Daniel James to be sold to arch rivals