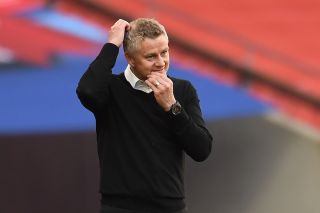 Manchester United’s display in the FA Cup semi-final against Chelsea was not good enough.

Ole Gunnar Solskjaer set up his rotated United side to contain Chelsea and break on the counter, and perhaps eventually introduce the talents of Anthony Martial, Paul Pogba and Mason Greenwood off the bench. While United were far from the better side in the first half, Solskjaer’s plan seemed to be working until a clash of heads between Eric Bailly and Harry Maguire changed the game.

Immediately, Solskjaer was forced to introduce Martial, switch to a 4-2-3-1, and witness a collapse from United’s entire defence, as Victor Lindelof, Brandon Williams, an arguably concussed Maguire, and most obviously, David de Gea, all made errors that led to United’s demise before Pogba and Greenwood could even set foot on the pitch.

It is impossible to know whether a first team side would have made the difference. In fact, many of the errors that led to Chelsea’s victory came from first-team players, as opposed to the likes of Daniel James, Eric Bailly and Fred, all of whose influences on the match were limited, but didn’t directly lead to United’s demise.

Barring the absurdly unfortunate circumstances of yesterday’s match, we learned that Solskjaer’s United are not invincible in a period where they have largely looked invincible. Prior to Sunday’s defeat, United were unbeaten in 19 matches, scoring 50 goals and conceding just 8 (via BBC), many on either side of the three-month lockdown.

The fact that we even needed to see that United have weaknesses is a testament to Solskjaer’s work since Bruno Fernandes arrived in January. He has developed players into world class young talents over the course of the season and revolved them around the talent of Fernandes and Pogba, building a side that many believe could challenge for the Premier League title next season.

However, as brilliant as he has been, Solskjaer isn’t a miracle worker, and shouldn’t yet be expected to deliver a title. He has squad holes out wide, in attacking and defensive midfield, and at centre-back, with emerging controversy around highly paid club legend de Gea’s performances only adding to his issues.

The United manager deserves recognition for his progress, but he will only earn it if he delivers this week and puts United into the Top 4. Leicester’s astonishing 3-0 defeat at Jose Mourinho’s Tottenham Hotspur this weekend handed United a golden opportunity in what Louis van Gaal used to refer to as ‘the rat race’ during his time at Old Trafford.

In the next two matches, Solskjaer needs no more than three points and more goals scored than conceded to earn United a place in the top four. Six points would likely see United finish third ahead of Frank Lampard’s Chelsea, avoiding a Champions League qualifier. Moreover, he rested Pogba, Martial, Rashford and Greenwood at times against Chelsea, leaving them raring to go for the next match.

Last season, United had to climb uphill to reach the Champions League after Solskjaer joined the club and turned the season around. This year, though, there are absolutely no excuses for failing to reach the top four.

Sure, the season hasn’t been a vintage campaign, but Solskjaer has won the hearts of the fans with the youngest squad in the Premier League, having his main forwards deliver 60 goals across all competitions, as many as every side in Europe except Bayern Munich, Manchester City, PSG and Barcelona, at an average age of 21.3 (via Transfermarkt).

For the first time in years, there is genuine world class talent all over the pitch at Manchester United, and while Solskjaer’s side isn’t without its flaws, the potential is there to see a European heavyweight emerge from the former striker’s work at the club.

United now have six more crucial days before a two-week rest period that includes the formality of a second-leg Europa League tie against LASK. Six days to prove to themselves that they have learned something in the last year. Six days to prove to skeptics that Solskjaer has earned his stripes as a Premier League coach. Six days of proving to the fans that this project is as great as it seems, and that even a heartbreaking cup defeat will not stop this young side.

Time to batter West Ham and put one foot into the Champions League.