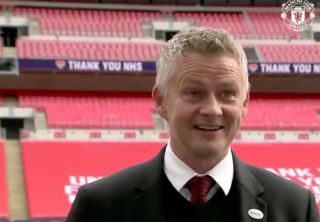 Ahead of tonight’s big game, arguably the biggest for both sides thus far this season, manager Ole Gunnar Solskjaer has explained his line-up decisions.

United go into this FA Cup semi-final in fine form after stringing together an impressive run of 19 games unbeaten in all competitions.

With the fixtures coming thick and fast and United set to play three key fixtures in the next eight days, Solskjaer has decided that changes are finally required for tonight’s semi-final.

The United line-up sees five changes in total from the side which beat Crystal Palace 2-0 in the Premier League earlier in the week.

Speaking ahead of the game, Solskjaer has addressed his thought process behind those changes, speaking to MUTV: