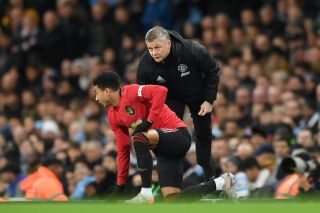 Manchester United have just a handful of games left in what has been the strangest of seasons.

The Reds are set to take-on Frank Lampard’s Chelsea tomorrow in the second of two FA Cup Semi Finals and have just two league games remaining. United are still competing on a European front, however, that competition is not set to resume until after the domestic campaign and FA Cup has been completed.

United’s game against Chelsea tomorrow will mark the completion of the Red’s nineth game in just four weeks.

With Solskjaer keen to balance his best squad and fitness levels, the manager has hinted at one possible inclusion fans could expect to see tomorrow.

Speaking ahead of tomorrow’s game, Solskjaer took the time to highlight midfielder Jesse Lingard, he said (as quoted by Sky Sports): “He’s worked really hard and he deserves his chance to come back in. We know his qualities and we know he has different qualities to other players. He knows we value him.”

Lingard’s first appearance for United post restart was when he came on as a substitute in Wednesday’s league game against Crystal Palace, despite having very little impact, it would be fair to assume the United faithful can expect to see even more of Lingard tomorrow.

Is this a hint from Solskjaer that Lingard will start against Chelsea tomorrow evening?