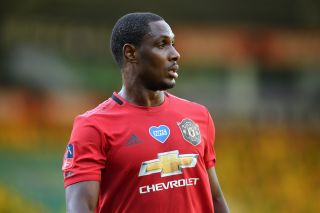 Manchester United approach Sunday’s FA Cup semi-final tie in the finest of fettles but with the undeniable sense that fatigue is kicking in. Patterns of slow starts, sluggishness and quality in performance have been very noticeable – these players are understandably shattered but there are three season defining games still to come.

This is a team in need of refreshing and although it goes against the United tradition of going for every trophy available, I expect a virtual second string team as we face top four rivals Chelsea for the fourth time this season. There is a risk of pushing things too far, with the FA Cup – as nice as it would be to win it – lowest on the list of priorities. Of course I want us to win it, and there will likely be a drop in quality that comes with rotation but its a necessary move given the fact this is the most important time of the season.

With that in mind, here is how we think United will line up at 6pm on Sunday with a place in the final at stake.

Sergio Romero is United’s cup keeper and our trusty no.2 will come in between the sticks after a shaky display in the last round at Norwich. David de Gea has rediscovered some of his best form of late but will be given the night off. Romero has a good clean sheet record and will look to record another shutout in what could be his first domestic cup semi final for the club.

Solskjaer has deployed a back three against the other top six sides on several occasions this season and that will continue here with captain Harry Maguire an automatic pick at the heart of the defence. Eric Bailly will come in for the rested Victor Lindelof and, with Luke Shaw injured, Timothy Fosu-Mensah will keep his place having come in from the cold against Palace. He’ll play on the right of the back three and will have his work cut out against the likes of Christian Pulisic and Willian.

Solskjaer does not seem convinced by Diogo Dalot, but Aaron Wan-Bissaka has looked noticeably tired so Solskjaer should hold him back in readiness for West Ham in the league. AWB has played virtually ever game without a rest and it’s showing, so this is the ideal chance to give him a breather. The young Portuguese will go to right wing-back, and has a lot to do to convince his manager of his place in the squad. Brandon Williams missed the win at Selhurst Park having sustained a nasty head injury against Southampton, but he’s expected to be fit and will return to the fold to take up the left-wing back berth at Wembley. Fred and Scott McTominay were superb before lockdown, and the pair will be reunited in midfield with Nemanja Matic stood down despite a string of fine performances lately. The Serbian can be used from the bench if needed, but the Brazilian and the Scot work well together having done so against Norwich in the last round. McTominay endured a difficult night at Selhurst Park but should get another go in this one.

Bruno Fernandes, Paul Pogba, Marcus Rashford and Anthony Martial – arguably United’s four most important players – have all been key in United’s post-restart surge, but the quartet will all be left out as Solskjaer has one eye on the home game against David Moyes West Ham in midweek. All four can come off the bench if needed thanks to the five substitutes rule, but Ole will vastly rejig the forward line with several fringe players getting the nod. Odion Ighalo has started every cup game since signing and has scored in each, so it won’t be a surprise to see him leading the line again having made his debut in the last meeting with the Blues. Daniel James and Jesse Lingard will play in and around the Nigerian, tasked with linking the play and giving him the service. All three have been on the fringes without many minutes but will get their opportunity to impress in a big game.

This is a tough one to call – United are flying, on a nineteen match unbeaten run and scoring goals left, right and centre. That said, the flow and tempo of a team is always affected when there are a lot of changes and with Ole set to heavily rotate, United need to avoid another slow start. Chelsea have been inconsistent but have a very good record in the FA Cup having won it two seasons ago at the expense of the Reds. There isn’t much between the teams in the league and encounters with Chelsea are always tight, cagey affairs. Solskjaer has beaten Lampard three times this season and we think he’ll make that four – albeit in an attritional, hard fought contest. With the Blues in a similar position to us in terms of the table with top four on the line, Lampard, like Ole, will also need to strike a balance between gunning for cup glory whilst keeping his key men fresh for the bigger picture. This could be a case of the better bench winning the day.