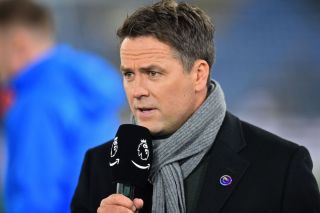 Ole Gunnar Solskjaer’s side missed out on the opportunity to move ahead of Chelsea and Leicester City in the Premier League table on Monday night after being held to a disappointing 2-2 draw with Southampton at Old Trafford.

United were coasting against teams and winning at ease prior to playing to Saints. We hope they can get back to winning ways for the remaining games of the campaign. If United win all three of the matches they’ve left to play, Solskjaer will be leading them out in the Champions League next season.

It’s as simple as that.

Michael Obafemi netted a stoppage time equaliser to deny United three points after some shocking defending from a corner late on.

Thursday’s opponents, Palace, have lost their last five Premier League games but appear safe from the drop thanks to the points they picked up earlier this season.

Former United striker Owen is backing the Reds to beat Roy Hodgson’s side.

“Their misery of a 2-0 away loss to Aston Villa on Sunday was compounded by the late sending off of Christian Benkete for kicking out petulantly after the final whistle and Roy Hodgson will now be without his striker for the remainder of the season.

“Manchester United, on the other hand, are in great form at the moment albeit they will have been very disappointed to have conceded a goal in added time against Southampton at Old Trafford on Monday evening, they’ve given themselves a great chance of qualifying for the Champions League next season.

“They are currently unbeaten in 18 games with 11 of those in the Premier League and it’s difficult to see Crystal Palace causing United any kind of problems in what I see as a Thursday night stroll for Ole Gunnar Solskjaer’s men.”