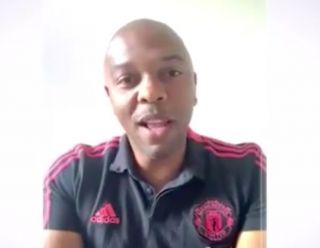 Former Manchester United midfielder Quinton Fortune has opened up on being racially abused by one of his own team-mates.

Fortune spent seven years as a player under Sir Alex Ferguson at United, and is now in charge of the club’s U23-side.

But the South African international was subject to vile racist abuse from a member of his own team before making the switch to Old Trafford in 1999.

Fortune revealed in an interview with Sky Sports that he was racially abused by a senior player in training while on loan at Mallorca from fellow Spanish side Atletico Madrid.

The 43-year-old described the racism as his lowest point, and was desperate to leave the toxic environment before moving back to Madrid.

Listen to Fortune speak candidly about his experience, courtesy of Sky Sports:

"The lowest point in my life was in Spain, not just as a football player but as a human being."

Quinton Fortune explains how he felt after being racially abused by a team-mate.