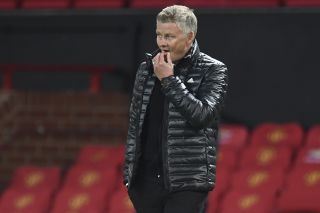 Manchester United manager Ole Gunnar Solskjaer is set to be ruthless in jettisoning six more senior players from his squad as he looks to accelerate his Old Trafford rebuild this summer.

Solskjaer has overseen the exit of seven first-team players since his arrival at the club and is preparing for another summer clear-out to offload his peripheral, surplus players.

The report claims Solskjaer is aware that his budget will be increased if fringe players can be moved on this summer, and all six of these established players are at risk of being sold as they do not fit into the Norwegian’s long-term plans.

United are believed to be keen to remove flop Alexis Sanchez from the wage bill and will look for a new club for the Chilean after his loan spell at Inter Milan ends.

Chris Smalling has had an impressive season on loan Roma, but the 30-year-old does not have a future at Old Trafford and United will try to sell him permanently.

Meanwhile, forlorn defenders Marcos Rojo and Phil Jones could finally leave the club this summer if a buyer is found for either player.

Lingard, 27, would be expected to pull in the biggest transfer fee if he left. There is a recognition amongst the United fanbase that the academy graduate needs to leave this summer to further his career; he has struggled to make Solskjaer’s matchday squad in the Premier League games since the restart.

But it would be a real shame to see Diogo Dalot leave without realising his full potential, despite the fact he is behind Aaron Wan-Bissaka, Brandon Williams and Luke Shaw in the full-back pecking order.

The Portuguese youngster has struggled to keep fit since his arrival from Porto and could be replaced in the squad by academy star Ethan Laird.

The Telegraph’s report claims that United would ideally strengthen in three positions this summer, with central defence, striker and the right-wing all prioritised.

It is reported that Borussia Dortmund starlet Jadon Sancho remains the number one transfer target, despite the financial implications of the coronavirus crisis.