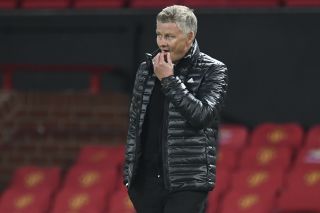 Ole Gunnar Solskjaer has aimed a dig at football authorities by questioning why Chelsea have been given two days extra rest ahead of their FA Cup semi-final.

On Thursday night, Manchester United take on Crystal Palace at Selhurst in an important Premier League fixture. Two days later they travel to Wembley to face Chelsea in the cup.

Chelsea will have an additional 48 hours to recover for the tie after facing already-relegated Norwich City on Tuesday night, winning 1-0 to boost their chances of clinching a Champions League spot.

“There is a concern, obviously, that they will have had 48 hours’ more rest and recovery than us,” Solskjaer said during his pre-match press conference on Wednesday, as per ESPN.

“It’s not fair. We spoke about a fair scheduling going into this restart and of course it isn’t. But I have to think about Thursday [against Crystal Palace], winning that one, focusing on that one, and then pick up the pieces after that.”

United are not only unbeaten in their 7 games since the resumption of the Premier League, they’re unbeaten run is now 18 matches. The Reds have scored 48 goals during that run and a draw against Southampton on Monday night was certainly a bump in the road. Solskjaer’s side have three games to get top four and 9 points would be enough.

The boss is confident the players will be hang in despite questions over their fitness.

“We’ve not really played every three days but we definitely will now,” he continued.

“The next two weeks will be hectic but then again we’re fit, very fit — our lads have not felt as fit as this for years, I’m sure.

“It was a big thing towards the end of last season that we felt our team wasn’t fit enough, we got a few injuries, this season we’ve not had that kind of a problem.

“It’s not going to be a problem and a concern for us but 24 hours, 48 hours is a big difference at this time [of the season] so we’ve not been handed four Aces, to put it that way, for the last two weeks.”

Solskjaer also dropped a hint that Pogba could be rested after reporting a problem before the draw with Southampton. The boss seemed to use this to squash any claims that Pogba is not committed to the cause with his comments.

“I’ve been speaking more or less every day with Paul, he knows that he wouldn’t be dropped,” Solskjaer added..

“When Paul plays like this he wouldn’t be dropped from any team in the world — France or Man United — but he’s been out for a long, long time, there was a question mark before the game [against Southampton], ‘How do you feel?’ But he felt ready for it, which was great, so now let’s see how he is.

“He’s been fantastic since the restart and brought a lot to the team. There were one or two question marls before the Southampton game about who was going to play but we made the decision that we did.”