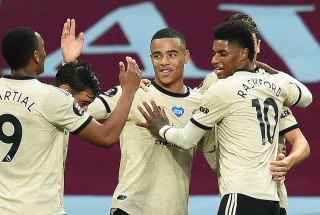 United can leapfrog Chelsea and Leicester City into third place with victory, in what has been a remarkable turn around since the lockdown last month.

The Reds have a great opportunity to capitalise on their top four challengers losing over the weekend with victory over the Saints.

Unsurprisingly, Solskjaer has named an unchanged starting line-up for the fifth consecutive game in a row.

David De Gea starts in goal, behind the back four the has performed so impressively since the restart.

Paul Pogba and Bruno Fernandes again have the chance to rekindle their blossoming partnership, shielded by Nemanja Matic in defensive midfield.

Meanwhile, the electric front three of Anthony Martial, Mason Greenwood and Marcus Rashford will hope to continue their devastating goalscoring record since the restart.

Stretty News will provide you with all the updates as United look to make it 18-games unbeaten this evening.

READ MORE: Opinion: Should Manchester United welcome a prodigal son back into the squad?