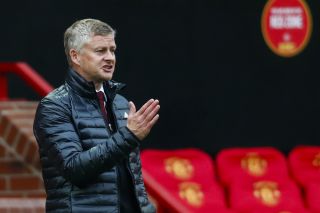 Manchester United are set to play Southampton tomorrow night in what has shaped up to be an extremely important match in United’s pursuit for top-four. The vital match-up could well see Ole Gunnar Solskjaer opt for youth and a more physical presence at the heart of the United side.

In a shock 3-0 defeat yesterday which saw Chelsea drop points to Chris Wilder’s Sheffield United, Solskjaer’s side will be looking to capitalise on the Londoner’s missed opportunity when they face-off against in-form Southampton tomorrow evening.

United currently sit fifth in the Premier League on 58 points, just two points shy of Chelsea however, the Reds have a game in-hand.

United welcome Southampton to an empty Old Trafford tomorrow evening in a fixture which could see United rocket up the table to third (Leicester City match day 34 result dependant).

With manager Solskjaer opting to name an unchanged side in the last four outings it is becoming increasingly more difficult to predict when we can expect to see an altered starting line-up.

However, with the fixtures continuing to come thick and fast, the game against Southampton could see Solskjaer ring some changes. Just the one to be precise.

Assuming no freak injury from now until 20:00 BST tomorrow, De Gea will almost certainly start in between the sticks. No suprises here.

A fully fit, fully focused Wan-Bissaka is arguably one of the first names on the team sheet. The English right-back can expect to start against Southampton and continue his superb form both defensively and offensively.

Lindelof, who has become quite a regular at the heart of United’s defence alongside club captain Harry Maguire can expect to start again tomorrow night. Solskjaer clearly favours the Swede over fellow centre-back Eric Bailly and despite recent injury concerns, Lindelof appears fully fit which should see him start once again.

Undeniably Maguire is Solskjaer’s most influential leader within his team. Leading from the back, Maguire should expect to start tomorrow night in what I suspect will be an unchanged back-four.

Having endured a decent restart after a three-month hiatus, Shaw will be keen to make England manager Gareth Southgate consider whether or not his name should be thrown back into the England mix. Despite youngster Brandon Williams’ impressive form when called upon, Shaw can definetly expect to line-up against Southampton tomorrow night as I suspect Solskjaer will look to deploy his favoured 4-1-2-3 formation.

After signing a new deal which sees him commit his future to the club McTominay has yet to start for United. However, I think tomorrow night fans could see that change. Nemanja Matic who has also signed a new deal is arguably one of the Red’s most important players, offering composure and calmness in dangerous and condensed areas, Matic has been one of many beacons of light.

Despite the Serbian’s importance to the United side, I do believe tomorrow night could see the 31-year old give way and earn himself a well-deserved rest in place of the more youthful, more physical McTominay.

No surprises here, Pogba’s form has seen him remind his critics just why he should be one of the first names on the team sheet. The French World Cup winner’s new-found partnership with fellow midfield ‘Magnifico’ Bruno Fernandes is a major contributor in United’s solid run of form.

As mentioned above and for the same reasons, I fully expect Fernandes to line-up next to his midfield partner Pogba in a midfield system which should see Solskjaer opt for a single pivot. Fernandes will be looking to extend his impressive record of 13 goal contributions in his first 10 Premier League games.

How can the boy be dropped? – Solskjaer’s wonder boy can expect to line-up in the same way he did against Aston Villa last week in a game which saw him bag a brace. The 18-year old is providing invaluable cover in United’s notoriously weak right-attacking position and quite frankly is undroppable at the moment.

Seemingly struggling to recapture his pre-lockdown form, Rashford will be keen to prove his manager has been right to stick with him during what could be perceived as a bad patch of form. The 22-year old did bag a goal from the spot in United’s league game against Sheffield United, however, the Englishman will be hoping to net from open play, something he has failed to do since football commenced. I fully expect Solskjaer to stick with the same front trio.

In form Martial is more than likely set to keep his place tomorrow night in a game which could see him bag his 22nd goal of the campaign across all competitions. United’s first choice number nine can expect to start the game as Solskjaer will be hoping his inter-changing and pacey front-three can terrorise Southampton’s rigid back-line.