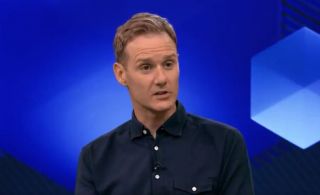 In a rather surprisingly manner, the Premier League wasted no time on Thursday night to react to Manchester United’s controversial first-half penalty at Villa Park.

Manchester United travelled to face an Aston Villa side that looks set for relegation to the Championship. They will miss star players if they go down, but none of them were able to help their case again tonight as Ole Gunnar Solskjaer’s side won 3-0.

However, the opening goal is what has caused most controversy from the game. A penalty won and put away by the excellent Bruno Fernandes, who may be in line for his first witch hunt since moving from Sporting Lisbon in January…

The penalty was a soft one. I wouldn’t have argued much if it wasn’t given but Villa full-back Ezri Konsa is not getting the ball with his attempt and could easily be seen as an obstruction as Fernandes tries a turn into the box.

Match of The Day picked up on the incident while presenter Dan Walker had confirmation from the Premier League that they deemed referee Jon Moss’ decision wrong. Let’s not forget that the goal was checked and not reversed after going to VAR.

Confirmation from Match of the Day.. pic.twitter.com/JyxnCIUSyJ

So, what does that say about the Premier League and VAR? Why make a comment and raise further questions about the technology when the game is over and it doesn’t exactly change the outcome of the game?

That’s two in one matchday. Premier League match centre confirm Southampton’s penalty at Everton was incorrect, after they issued the same statement for Man Utd’s at Villa. That’s a bad night for the PGMO and their interpretation of VAR.

United weren’t at their best but we came out of it with three goals, a clean sheet and three points.