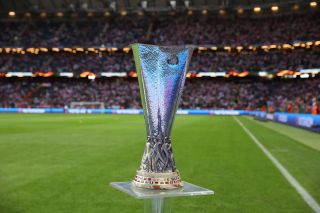 Manchester United have discovered their Europa League fate earlier this afternoon after the draw for the competitions Quarter Final and Semi fixtures were confirmed.

Assuming Austrian side LASK do not shock the world and overcome a 5-0 aggregate deficit, United will play either Istanbul Basaksehir or FC Copenhagen in the Quarter Finals.

United will feel confident that they can win their second Europa League trophy in four years as the draw appears to be a favourable one.

The Red’s route to the final has been plotted with Ole Gunnar Solskjaer’s side now knowing all of their potential opponents on the way to the final at the Stadion Köln in Cologne, Germany on August 21, 2020.

Should United make it to the Semi Final they can expect to play one of the following sides: Olympiacos, Sevilla, Roma or fellow Premier League outfit Wolverhampton Wanders.

The United faithful have now taken to their social media to express their thoughts at what does appear to be a straightforward run to the final.

Istanbul Basaksehir/ Copenhagen then potentially Wolves to get to the final, we actually have no excuse the way we are playing #MUFC

Beat wolves if we meet them please!

Would’ve fancied a trip down to either Istanbul or Copenhagen, tbh…not a bad draw… #mufc