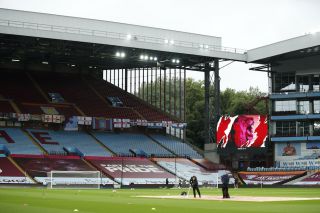 Ole Gunnar Solskjaer and his Manchester United side have arrived at Villa Park ahead of tonight’s crucial match in the Red’s quest to secure Champions League football next season.

The player’s arrival comes at a time when Solskjaer announcing that he is fielding an unnamed side for tonight’s match.

The Norwegian appears to have discovered his best starting eleven having opted to rotate personnel in the last three games.

United will be hoping to extend their impressive unbeaten run to 17 games in all competitions as they look to pile on the misery for Jack Grealish’s relegation threatened Aston Villa.

Read more: Paul Pogba outlines what United need to get back winning trophies