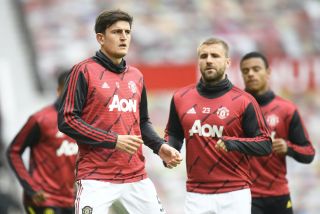 The former Real Madrid and Tottenham midfielder took shots at the Manchester United centre-back on Dutch TV this week.

There has been times which Maguire’s defending has come under questioning this season, however nobody can deny that his arrival has bolstered Ole Gunnar Solskjaer’s defence significantly.

Perhaps Solskjaer should dip into the transfer market and sign a better partnered for Maguire than Victor Lindelof, but by the sound of things Van der Vaart doesn’t think the English man cuts the mustard.

“I think Maguire goes home every day and tells his wife: ‘I’m so s*** at football, but I earn so much. They really believe I’m good,” the former Dutch international said on Ziggo Sport.

“I really think so, he laughs at everyone.”

Maguire was turned inside out by Junior Stanislas last weekend. The Bournemouth midfielder got past him little effort before putting the Cherries ahead at Old Trafford.

This wasn’t Maguire’s first error since the Premier League resumed and it feels like some unwanted pressure is building.

And I think I’ve seen enough of him this season to call him a good signing who will get better once the defensive personnel around him improves.

At least Maguire only talks to his missus, right?