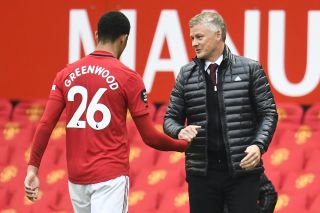 Mason Greenwood was offered a life-changing financial package to sign for Juventus last year, before committing his long-term future to Manchester United.

Greenwood is one of the hottest prospects in world football at the moment, and his emergence in the first-team this season hardly comes as a surprise to those who monitored his goalscoring prowess in United’s youth teams.

The teenage sensation signed a new four year contract at United in October 2019, to continue progressing at the club he has been at since the age of six.

The fact that Greenwood is a generational talent has long been an open secret across Europe for some time now and it has been revealed that Serie A giants Juventus were one of the clubs who made an attractive offer for Greenwood to move to the continent.

“I think he can be a world-class player,” United We Stand Editor Andy Mitten said on the Athletic’s Talk of the Devils podcast.

“I know that there has been offers for him. Go back a year and Juventus were prepared to offer his family life-changing amounts of money.

“Manchester United deserve credit for the way they got him to sign a new contract.”

Ole Gunnar Solskjaer has already described Greenwood as one of the most talented natural finishers he has ever worked with and it’s obvious that the Norwegian sees the youngster as a key part of his long-term plans.

Greenwood has quickly established himself as an undroppable in United’s strongest XI since the restart last month, scoring three goals in his last two league outings from the right-wing.

United fans have every right to be excited about their latest superstar, and we can’t wait to see how he develops under Solskjaer’s tutelage in the next few years.

But we must also recognise that Greenwood is still just 18-years-old and it would be foolish to put unrealistic expectations on a player who is enjoying his breakthrough season at the club.