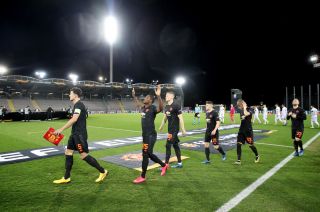 It was announced by governing body UEFA last month that the competition would be completed in Germany in August.

The Europa League represents not only a great chance for Ole Gunnar Solskjaer to win silverware, but also another opportunity to qualify for the Champions League should the Reds miss out on fourth place in the Premier League and Man City’s European ban is rescinded.

As noted by the Manchester Evening News, UEFA have confirmed the draw for the quarter-finals will take place on Friday 10 July at 12pm (BST), which will be shown live on BT Sport.

The draw will be made for quarter-finals, semi-finals, and the ‘home side’ for the final for administrative purposes.

The quarter-finals and semi-finals of the competition have been reduced to one leg rather than the traditional two-leg format. Quarter-final matches will begin on August 5 with the final taking place on August 21.

There is no seeding for the rest of the competition or country protection so teams can come up against their domestic rivals.

United fans will be eager to find out their opponents in the last eight, with United all but through after beating LASK 5-0 in the first-leg.

The second-leg, something of a formality, will be held at Old Trafford or a chosen neutral venue.

Meanwhile, UEFA have implemented the same rules on substitutes as the Premier League, with five substitutions allowed to be made but only at three separate intervals.

Solskjaer will be able to select 23 players for his matchday squad, rather than the standard 18 that is usually the permitted number in the competition. 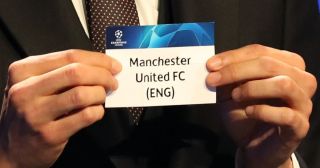