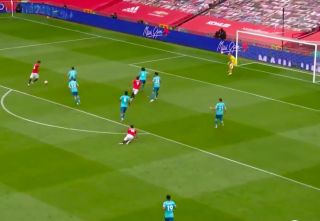 Mason Greenwood has levelled the scoring for [side] in what is a crucial game in the Red’s hunt for Champions League qualification.

Bournemouth took a shock lead after just 16-minutes when Junior Stanilas beat keeper David De Gea at his near post.

Marcus Rashford picked the ball up on the right-wing and was able to lay it off to Bruno Fernandes who hurried the ball over to teenage sensation Greenwood.

Greenwood, 18, wasted no time in firing the ball into the back of the net with the Bournemouth keeper unable to stop the youngster’s fierce shot.

United now lead 2-1 after Marcus Rashford converted a penalty to score his first goal since the restart.

See the goal below, courtesy of BT Sport:

Mason Greenwood has done it again! 🤯

Bruno Fernandes with another assist 🔥 pic.twitter.com/izzXmEj3Te 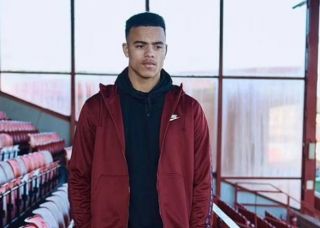