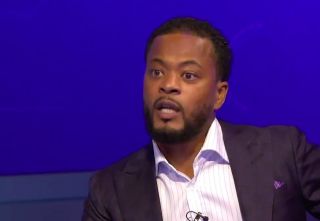 Patrice Evra has provided a fascinating insight into the time Anthony Martial was forced to relinquish the number nine shirt at Manchester United.

Martial had to give up the iconic jersey number when Zlatan Ibrahimovic arrived at Old Trafford, and it soon became apparent that he was frustrated at the decision.

It was inevitable that centre forward Ibrahimovic would be handed the no.9 shirt upon his arrival at Old Trafford in 2016 but it provoked an angry reaction from Martial.

Evra told Sky Sports presenter Kelly Cates that Martial insisted he would not give up the shirt when first told of the news but was then told he had no choice by manager Jose Mourinho when on international duty with France.

With the number nine shirt now, Martial is firing under Ole Gunnar Solskjaer and on the verge of breaking the 20-goal barrier in a season for the first-time.

The 24-year-old scored his first United hat-trick against Sheffield United and has formed an impressive partnership with Marcus Rashford.

Listen to Evra’s thoughts in the build up to United’s game against Brighton, courtesy of Sky Sports:

🗣 "He let him down when he swapped the number 9 with Zlatan, We were in the national team when he received a call from the club and he was like 'absolutely not'" @Evra recalls the time Jose Mourinho took away the number 9 shirt from Martial pic.twitter.com/wKqgIvPZF6