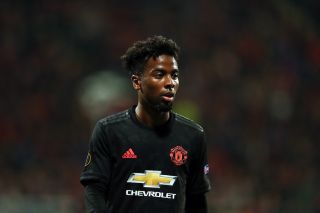 Gomes, 19, will see his contract expire on Tuesday night and it was clear from this morning’s press conference that Solskjaer does not expect the midfielder to sign a new deal with the club.

“Got no news, nothing,” Solskjaer initially said, as per Manchester Evening News. “So doesn’t look like it. To be honest, I’ve not heard from them last night or this morning, it seems like they haven’t managed to agree so the answer is probably short and yes, then.”

United have not even extended Gomes’ deal until the end of the season, so he’ll be free to move to whoever wants him, and Chelsea have been linked in the past, as reported by talkSPORT.

According to the MEN, Gomes rejected United’s opening offer of a new deal earlier this season and the forward has been unconvinced about his playing prospects at the club.

However, if you look at the chances that have been given to young players by Solskjaer this season, it should be just a matter of working harder for Gomes.

He must have been warned that the grass isn’t always greener on the other side.

Apparently Gomes’ representatives were underwhelmed by the overall package offered by United. The youngster has done nothing in his career to date to have a chip on his shoulder, but we wish him well as he opens a new chapter.

Read more: Opinion: United scrape through to Wembley, but the run needs to go on