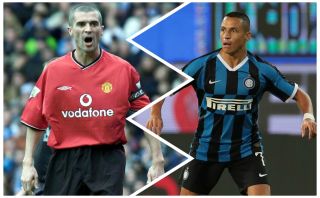 Manchester United legend Roy Keane is not shy when it comes to sharing a few words. In his latest interview, published in the Irish Independent, he has hit out at those who criticise Alexis Sanchez based on his wages.

I find myself nodding in agreement with a lot Keane says — and this is another example, and perhaps those fuming about Sanchez and his disappointing spell at United should point a finger at the club who agreed the deal to sign him and pay him ridiculous money.

Sanchez has struggled to make an impact at United since his arrival from Arsenal and is currently on loan at Inter Milan.

Keane doesn’t think we, as fans, should be worrying about how much Sanchez earns.

“I don’t know why anyone would ever be worried at what players are getting. The first thing you mention to me is his wages. What’s his wages got to do with me and you?

“Other people are overpaid. In the media. Actors have a bad movie and they make 20 million dollars but I don’t hear people criticise them. ‘Oh, but they made a good one two years ago’.

“The bottom line is the club gave him the wages; the club agreed the contract and a contact is there to be honoured. He’s having a difficult spell.

“A lot of players will have difficult spells. But I certainly wouldn’t look at a player who is on X amount and get angry.”

Inter still have 10 Serie A matches to play, as well as the remainder of their Europa League campaign, and Marrotta revealed his frustration at how talks are progressing for not only Sanchez, but other players they currently have on loan.

“This is a great regulatory anomaly that needs to be resolved because we are still dealing with Chelsea and Manchester United today to try to extend their loans,” Marrotta told Sky Sport Italia.

“It is not a beautiful thing. We are also dealing with Bayern Munich over Ivan Perisic.”