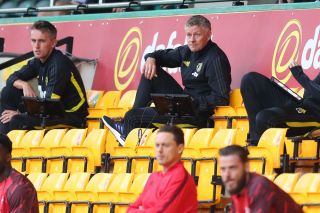 Following Manchester United’s extra-time 2-1 win over Norwich City in the FA Cup quarter-final on Saturday, plenty of changes to the starting eleven can be expected again for the Brighton match. Ole Gunnar Solskjaer made 8 changes to the team that beat Sheffield United 3-0 on Wednesday night for the match vs Norwich – Luke Shaw, Harry Maguire and Bruno Fernandes being the only players to start in both fixtures.

With the introduction of eight new players a better performance would’ve been expected – players such as Fred, Juan Mata and Jesse Lingard failed to impress and most likely have not earned themselves a starting spot for Tuesday night’s trip to Brighton. Given that United had to resort to bringing on the more first-choice options to salvage the win only emphasised the lack of quality in the current squad.

United have drawn Chelsea in the semi-final of the FA Cup in what will be the fourth contest of the season between the two clubs – United winning all three so far. The other semi sees Arsenal face Manchester City in what will potentially be billed as a Manchester vs London bout of matches.

I expect the team vs Brighton to be similar to the one that finished the match against Norwich City and some of the fringe players who got their chance on Saturday having to wait a while for another opportunity, or hoping to make an impression in whatever minutes they are given in the final fixtures of the season.

Brighton will take influence from the fact that they are still unbeaten following the return of Premier League football, beating Arsenal 2-1 and drawing 0-0 with Leicester highlighting that this might not be such an easy game for United. With Wolves beating Aston Villa over the weekend United are now sitting 3 points below them in sixth position – with this being the Red Devils’ game in hand. With Brighton sitting six points safe from the relegation zone a win over Man United would build huge momentum for the club towards the back end of the season. United will be hoping to extend their 14-game unbeaten run and do the double over Brighton this season after beating them 3-1 earlier in the season at Old Trafford.

Brighton will be without midfielders Steven Alzate and Jose Isqueirdo. Manchester United have no new injuries and the ability to make six substitutions during the 2-1 win over Norwich should see everyone fully fit and ready to play.

After the lack of impressive performances from the players introduced from the start vs Norwich, I expect Solskjaer to revert to the starting eleven that faced Sheffield United and won 3-0. Matic, Pogba and Fernandes will hope to build more on their relationship in what appears to be the optimal midfield three for United at this moment in time. Although Eric Bailly wasn’t unimpressive vs Norwich, Lindelöf will most likely come back in and join the usual back four. Solskjaer will be hoping Rashford and Greenwood get can get themselves on the score sheet and find their goalscoring form pre-injury/COVID-19 break. 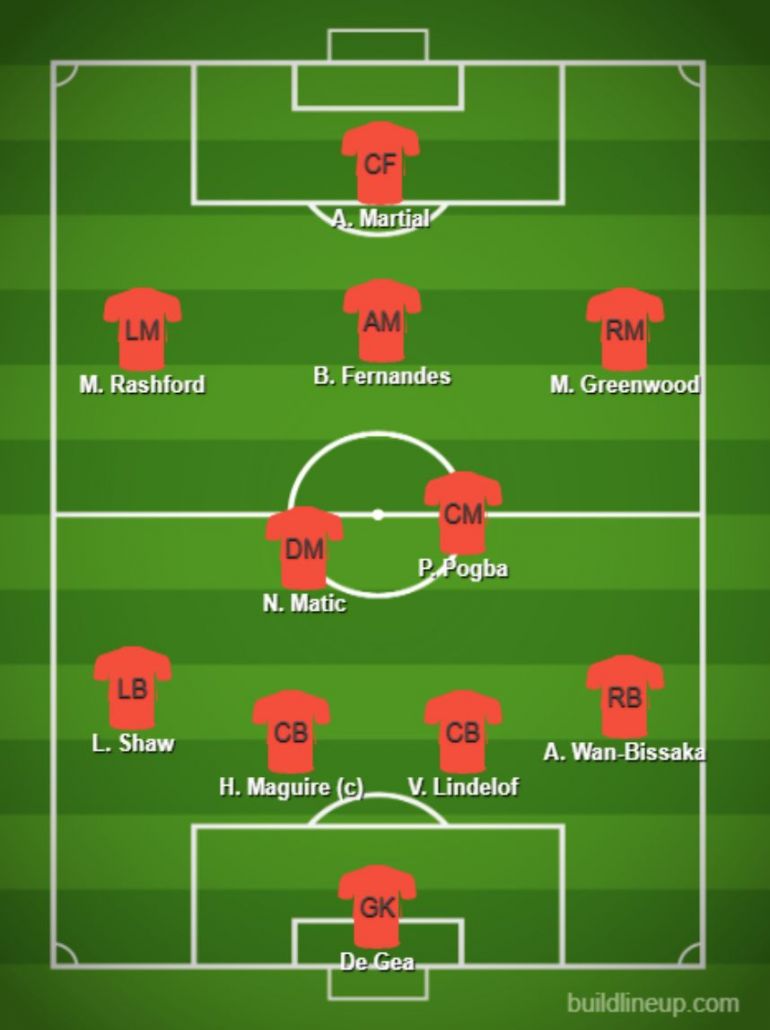