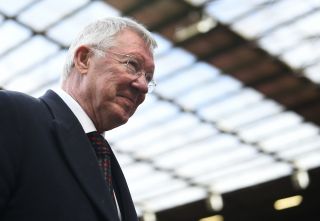 In a recent UTD Podcast, Viv Anderson reveals how he was convinced to join Manchester United in 1987.

Sir Alex Ferguson made his first move to refashion his squad by signing a £250,000 full-back from rivals Arsenal.

It was the same year he became the first black footballer to play for England. He also won the League Cup before leaving Arsenal.

Then-Arsenal manager George Graham had presented Anderson with a three-year contract to remain at Highbury, but then Sir Alex Ferguson came knocking and there was only going to be one answer.

Anderson told the official Manchester United podcast: “That was the reason I went. I had a chance to stay at the Arsenal. I had a contract. But he [Sir Alex Ferguson] convinced me when I went up to see him that he was driven and he wanted to make United great again so I wanted to be part of that.

“So the driving force behind it was always him… and Kathy (Phipps) at the desk as you come in! Kathy made you so welcome it was unbelievable. I thought it was my mum, my second mum. She was unbelievable. Even now when I go back.

“She was fantastic. So, she convinced me as well as Sir Alex that it was the right move for me.

“She could tell some stories. What a lovely lady. As you walked in the door, she made you feel so welcome.”

Football has changed a lot since then and I wonder sometimes how important first impressions are in the game when there’s so much money floating around.

The vast majority of players who played under Fergie have positive stories to tell about his time in charge, and it’s not just because of silverware and dominating the English game. He was a family man who ensured all of his players were looked after.

At the same time, he could turn on them with a number of relationships turned sour over the years. Roy Keane being the main one!