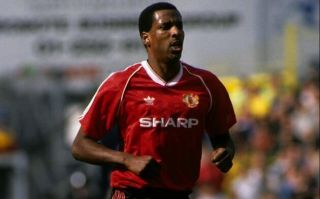 Viv Anderson has appeared on the UTD Podcast where the former Manchester United defender was asked to compare two great managers of the game. Sir Alex Ferguson and Brian Clough.

Anderson played under Clough at Nottingham Forrest and won the European Cup in two consecutive years. Later in his career (1990), under Ferguson at United, he won the FA Cup.

Talking on the official Manchester United podcast, Anderson said: “They were very similar in many, many ways. Very strict. You do what they say. You play the same way, they want to play football, the attractive way.

“Coughie would say, ‘if it was made to play football up there in the sky they would have put grass up there’. You play it on the floor, pass and move.

“They are very, very similar. Everyone was very respectful of them and they are both great managers.”

I would be interesting to Anderson how Clough would be seen in today’s game.

Fergie was successful over a greater period of time and proved he could stick with the times. I’m not so sure the same could be said about Clough, however great he was…

Anderson has a great perspective having played under both players and we’re not surprised he could find similarities in the way they worked.

He was also asked about George Best on the podcast and whether the Belfast boy could play in the modern era, to which Anderson said he could: “It’s like comparing George Best now. Would George Best be able to play now? Absolutely 100% he would.