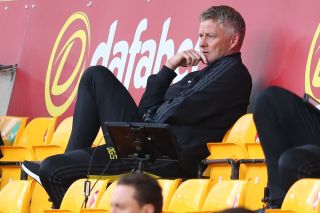 The Bhurj Khalifa, Dubai in the United Arab Emirates. The world’s tallest, grandest structure and building dominates the Emiratis skyline as a remarkable feat of engineering, the envy of the world, and an extraordinary, grandiose, record-breaking behemoth. Yet even the world’s most recognisable structure had a foundation, a start point, humble beginnings that were once nothing more than a few sheets of paper.

In 1957, a year before the Munich air crash that would rewrite history and shape the destiny of a city and a football club, a seismic, world-changing event was already taking place. When a 15-year-old Scouser and his three friends met in the boy’s garage and formed a skiffle group, no-one – perhaps not even the boys themselves – could ever have imagined what would unfold. George, John, Paul and Ringo would, of course, become The Beatles, transcend the world and become global icons, changing the face not just of music but of society and become the most iconic rock band of all time. Yet it all began in that garage, trying out a few strums on the guitar and experimenting with different vocal pitches.

What am I getting at here? To become successful, to reach your ultimate goal and your destiny, you need solid foundations. You need to put building blocks in place to pave the way for something more substantial, more reliable and long-standing. Sometimes, to move forwards, you have to take a step backwards.

That brings us nicely to Ole Gunnar Solskjaer’s Manchester United (now you see where this is going, right?). Here we have a young manager in charge of a young team, an exciting team and a side that’s growing. Ole’s already laid the foundations, and they certainly haven’t always been smooth ones. Indeed, to extend the metaphor, you could say he’s had to go back to the drawing board. The bumps in the road have been ironed out and something special is building.

But to really kick on, Solskjaer needs a trophy, something tangible to light the way forward. If we really have progressed under the affable Norwegian, now is the time to prove it. In a week when the unthinkables lifted English football’s biggest prize (moving on, quickly), Manchester United scrapping for FA Cup cast offs isn’t ideal. If offered a choice between the league title and a competition now considered by many to be third rate, of course there’s only one winner. But beggars can’t be choosers and, let’s not forget, this was the trophy that – rumour has it – saved Sir Alex Ferguson’s job and set United on the road to another two decades of dominance back in 1990. The FA Cup was Arsene Wenger’s first trophy in England, whilst both Jose Mourinho and his rival Pep Guardiola didn’t even manage that, lifting the Carabao Cup to kick-start their silver laden legacies in charge of two of the country’s biggest clubs. Which brings us back to the start and those building blocks. History proves that even the greatest sides start with one of the domestic trophies before kicking on to greater glories. The FA Cup, for all its detractors, is still a pot worth winning, whether that be in isolation or as part of a League/Cup double or even a treble.

Even Sir Alex had lean spells and it took the 2006 League Cup to spark his last great side into life. Spearheaded by the talented teenage tyros of Wayne Rooney and Cristiano Ronaldo – with the newly arrived Nemanja Vidic and Patrice Evra still finding their feet – United claimed Wembley glory at the expense of Wigan. The Reds went on the win the league the next season, and a domestic and European double the year after that, before a third successive title. Heady days indeed. That side needed a trophy and, when it got one, it could not stop winning. That League Cup win may have felt underwhelming at the time, but it proved a catalyst for greater things, instilling confidence and a winning mentality into a young, ambitious group of players whom would become all-conquering serial winners.

Whilst I am not suggesting for one minute that Solskjaer’s current crop will get anywhere near what the mid-00s vintage managed to achieve – that’s asking a lot –  the potential this team has is clear for all to see and, just like 1990 and 2006 et al, a trophy – any trophy – could be a springboard.

Of course, ‘only’ reaching the semi-finals isn’t sufficient, having got that far you need to go on and win it – otherwise we may as well have lost to Tranmere. But with Ole and co 90 minutes from the final and 180 from lifting the trophy, you feel this could be the start of something.