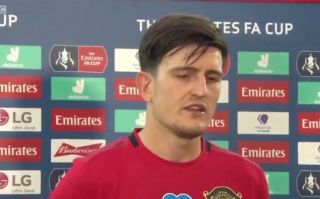 Ole Gunnar Solskjaer’s side managed a 2-1 win in extra-time to reach the FA Cup semi-finals after knocking the Canaries out of the competition.

Captain Maguire admitted United made hard work of today’s win and that they weren’t at their best. He couldn’t exactly put his finger on why that was the case, with most of the players playing today fresh and looking for minutes on the pitch.

Maguire goes on to show his delight at reaching the FA Cup semi-finals. As a player who joined United to win trophies, it’s important the players do all they can to deliver this season.

While it was far ideal having to play extra-time, Maguire got the important winner and wants to add more goals to his tally of 3 before the season ends.

Check out his post-match interview below, footage courtesy of BBC: