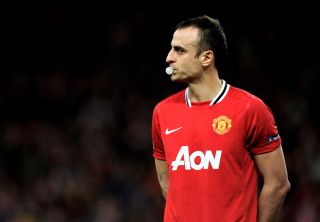 Ex-Manchester United striker Dimitar Berbatov has sent a warning to the current squad to do ‘everything’ they can to stop Liverpool equalling their record of 20 top-flight league titles.

Liverpool were made champions this week after Chelsea beat Man City, which raised more questions than answers from Pep Guardiola’s side. Remember when they were claiming it was the best side in English football history?

The Scousers’ 30-year wait is over and they are just one title away from matching our record of 20 titles.

This season United have shown a vast improvement under Ole Gunnar Solskjaer, with a growing belief that the team is moving in the right direction and shouldn’t be too many years away from challenging themselves.

Berbatov has warned his former side not to let Liverpool knock us off our perch.

“I never thought Liverpool would be so dominant again,” Berbatov told Betfair.

“Klopp has been there for five years, and it shows when you find the right guy and stick by them things come your way, it might be a while without titles while the manager adjusts, but then the success will come.

“When I was a player at Old Trafford, we thought United’s success would go on forever, Liverpool are now dangerously close to United’s record, and I’m sure they’d love to equal that.

“I’m not at United anymore, I can’t stop it from happening, but I hope the current players will see Liverpool getting closer and try make sure it never happens.

“They suffered and waited for so long, the way they play now that the way they won it will give them more ambition to win more. Klopp can make them title contenders for years to come.

“The United lads shouldn’t need a message from anyone to tell them, they can’t let them equal the record and dominate again, if they do then we have a problem.

“They will have seen Liverpool last night, they will know they are close to the record and they must do everything to stop this happening.

“You want to be on top yourself and not let anyone take over, so they need to up their intensity.

“The United players cannot let Liverpool knock them off the perch that we fought so hard to take as our own.”

Post-Liverpool’s title win this week, I think this has been the best reaction to it from a Manchester United personality.

Berbatov wants the current crop of United players to take responsibility, and to stop Liverpool from retaining the title next season by winning it ourselves.

A lot of improving needs to be done but it’s not an impossible ask.