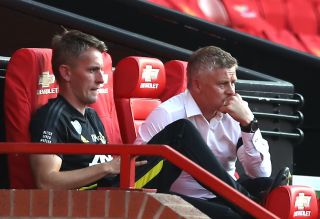 Manchester United manager Ole Gunnar Solskjaer dropped some hints that he will rotate his team this weekend against Norwich City.

He didn’t say how many changes but we can definitely expect a few.

The FA Cup is a tournament United can win this season and at our best I don’t think anyone will be writing us off.

With more options in midfield, an ideal situation would see fringe players look to prove themselves to the boss and ensure they are in his plans for the future.

Speaking to the press about rotation ahead of the Norwich game, Solskjaer said (via Manchester Evening News): “With the long layoff we’ve had and looking after the players is one of our jobs and as you say rotation. We play Wednesday, Saturday, Tuesday and Saturday again.

“But if you want to be a part of a winning Man United team you have to make a couple of changes but that’s the situation we’re in. We’re gonna do our best to put performances on and make sure players are safe.”

Norwich have lost three on the bounce ahead of this game and sit at the bottom of the Premier League.

Manager Daniel Farke will still believe they have a slight chance of Premier League survival but that’s a huge ask. Their form going into this game isn’t great and we’re on a 13-match unbeaten run.

One that who could feature against the Canaries is Jesse Lingard, who wasn’t on the bench against Sheffield United.

“Jesse has come back from the lockdown with a smile on his feet, loads of energy, last week he fell ill but we’ve done all the tests and he’ll be involved against Norwich now and kicks on.

“Jesse has scored vital goals for us and been a vital player, let’s see what the future will hold, he’s looking sharp and focused.”

So there’s enough of a hint to make us think Lingard will start on Saturday against Norwich.

We will have a predicted XI on the blog later today.