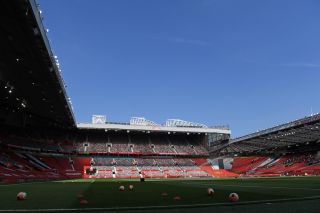 Manchester United will release nine players next week, including several young talents that many expected to make a mark at Old Trafford.

However, the future of Angel Gomes remains unclear despite the fact his contract is also set to expire next week.

Perhaps the most surprising name on the list of released players is Largie Ramazani, who has been tipped for great things after impressing for the Under-23 side.

The Belgian winger has scored nine goals and laid on two assists in 13 Premier League 2 appearances this season. He made his first-team debut from the substitutes bench against Astana in November as Ole Gunnar Solskjaer truly blooded the youth in a match that’s outcome meant very little.

According to the Manchester Evening News, United were not prepared to match the contract demands set by Ramazani as he was never guaranteed to have a long-term future at the club.

Instead, the 19-year-old is set to continue his development at a second-tier Spanish side.

Meanwhile, the club must be commended for not releasing any players under the age of 19 due to the coronavirus pandemic.

Most of the players leaving the club are said to have been offered financial support and the opportunity to train at Carrington to maintain their fitness before the start of next season.