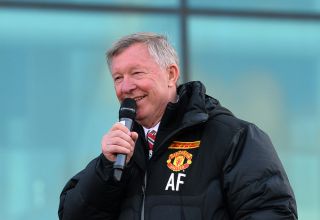 It’s been a difficult few hours trying to avoid most forms of media. Sky Sports mainly.

This has nothing to do with bitterness because I’m not going to try take away what they deserve, I just don’t want to see nor hear anything about it.

They are going to milk it for the next year so hopefully it’s us lifting it in 2021, COVID-19 free, so we can actually enjoy it rather than congregate outside a closed stadium just to leave our rubbish for other clean up…

Manchester United’s Twitter account responded brilliantly this evening, with a subtle reminder at how Liverpool still have some catching up to do to match our record of 20 league titles. We already made a mockery of their new shirt prints.

They took pictures of Fred and Eric Bailly in training with their squad numbers and left the account’s followers a mathematical equation: 17+3…

Those numbers added give you 20, the amount of times Manchester United have won the league.

Hopefully it’s not long before we can talk about having 21 league titles to our name.