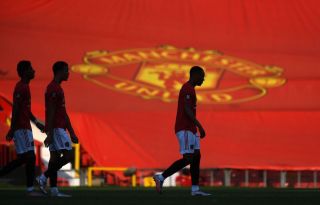 As Manchester United embark on two of three travels away from home since ‘Project Restart’ was given the green light, they face a sullen Norwich side who may have wished that topflight football was called off.

Since returning, the Canaries have failed to register a single goal in any of their Premier League outings, and relegation looks all but a certainty since returning. By contrast, United have returned to full power post-lockdown, and have taken to its resumption with aplomb; registering a well-fought draw against Spurs before dismantling Sheffield United at home earlier in the week.

With both teams most likely looking to prioritise their domestic league hopes over the FA Cup – with both of them anticipating tricky away fixtures later in the week – it’s fair to assume that we will see an unconventional line-up from both sides. Neither team have publicised any notable absentees, so I predict this to be more of a leisurely exercise to prove either side’s squad depth.

I suspect the likes of Romero, Lingard, Mata and Ighalo to feature over their respective teammates, whilst hopefully we see the inclusion of Angel Gomes and Tahith Chong to afford them some much-needed gametime. If so, I would expect a simple affair at Carrow Road where our overall quality reigns true against a Norwich side who may seem more disinterested than usual.

Overall predicting a 2-0 win for United on the day en route to the semi-final.